Composing a Universe of Your Own Design

New Media Artist “ATM” walks us through his haunting and introspective stories, and how his arrival in the NFT space changed everything for him. 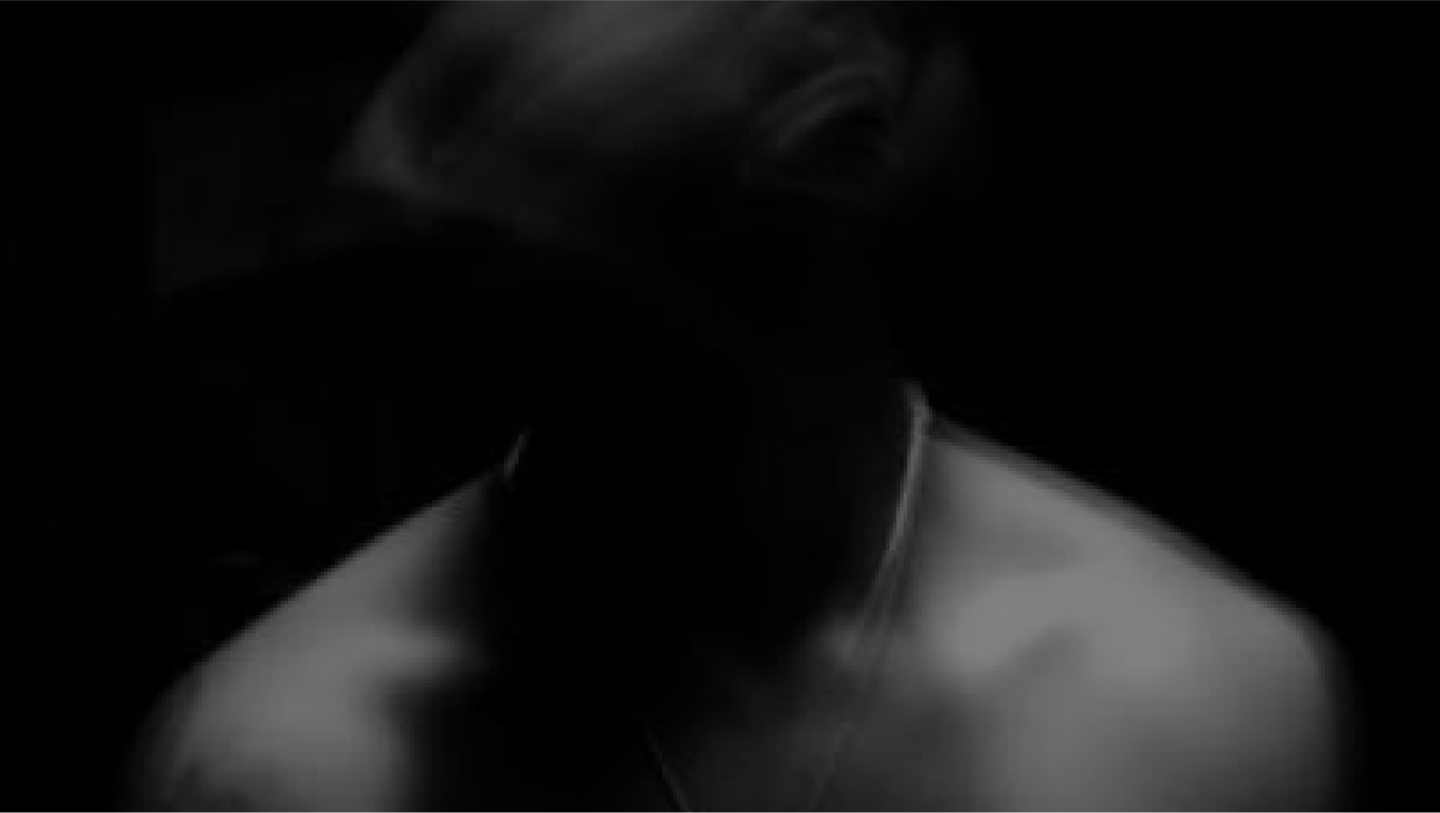 Last April, still in the beginning of what continues to be a multi-year pandemic state since Pandemic Flu, digital mixed media artist Dillon “ATM” McCraw, having spent his newfound time home, was slowly being led into the world of cryptomedia after a multitude of conversations and experiments with yours truly. Today, ATM has moved into a bright up-and-comer within the NFT movement for his voice in uplifting other artists, and being a damn good artist with a unique universe all on his own. I recently asked him for an impromptu interview and he obliged. In it, are musings on his work, vision crafting, and an introspective look of his past struggling to validate his artistic beckoning. Only thing is, I didn’t realize I’d be faced with a mirror of my own. Thank you for the challenge and the wisdom my friend.

*in relation to the main character Sung Jin-Woo in the Manwa, Solo Leveling
I imagine you thinking about the crypto art scene in the same vein*—unrelenting, mind-bending work with a horror narrative taking Twitter by storm. You’ve been insanely consistent dropping work and pushing new collectors to hold. What’s that been like?

It’s honestly been nuts bro. I’ve had an on and off relationship with art for my whole life, most people have told me to give it up or put it to the side for something more “profitable,” but I’ve always made my way back in some way shape, or form. Since getting into the cryptoart scene in January till now has been literally life-changing. I’ve turned my guilty pleasure into a full-on career. And I feel the best I’ve felt in all 22 years of my life frfr. I get to tell the stories I’ve wanted to tell all my life, and people are invested in me and along with me for the ride. I mean last year I was doing the occasional cover art for $20 or sumn lmao.

And also seeing people like Josh Williams who gush about my work and are so adamant about holding it for the future is inspiring. It’s a vote of confidence when you see NOBODY is budging because they know the direction you’re gonna go and are just waiting for that shit to blow.

I’m going to sit with that for a while. A lot of what you’re saying resonates not just with me and how I’ve viewed my artistry, but certainly that of the litany of artists striving to make something of their work. That relationship between artists and their work—what’s yours now?

Well, firstly it’s almost become a part of my therapy almost. I’ve had ADHD without knowing about it for a long time, and I didn’t get why it was hindering so much of my life, and then through the process of treating this as my career, I found that letting my mind and my hands run wild with lore and characters and whatever else I might dream up is honestly cathartic. Like I get to let my body do the one thing everyone has been saying I should not be doing, and I’m loving every second of it. I treat it almost like an apology to a younger me for not really believing until now.

I have been making so much art recently in comparison to past years it’s a lot more draining, but I’m also having so much fun so I welcome the fatigue (I still take breaks tho).

If you had to speak to your younger self, what would you say?

I probably wouldn’t say anything, maybe just give him a hug.

I feel like I had to go through what I did in order to be me, so selfishly I’d want myself to go through the same things, maybe just feel a little more loved during it though.

I feel that. There is something to learn about accepting the past and for you, it seems that it’s giving you the space to create. As I mentioned before you have a narrative with your work, what can you tell us about your ATOMS, and why do they seem to be orchestrating what happens to the characters in your works?

The ATOMS are manifestations of both human emotion, and the whims of the Progenitor. They influence a lot of events the same way you can catch the residual energy of the people around you. they can also influence the weather, the past, the future, space-time, you name it. They aren’t visible to most, but I make them visible to the viewer so they can understand what might be going on behind the scenes. Whether you believe someone is directing the play or you believe in the free will of man, the ATOMS remain a key player in the universe at large. But whether they’re the only player has yet to be seen.

So there’s some spiritualism, existentialism in there. The intangible strings or the “invisible hand” — and the idea that there’s more than being currently depicted makes collecting your work a puzzle for collectors to solve if they’re really paying attention.

And I notice you use a lot of blues and heavy noise and texture. Maybe it’s a perk of being on the spectrum but I can sort of hear your work. There feels like a crackle similar to kindling burning in a campfire or the needle rubbing against a vinyl—do you imagine a soundtrack or some atmospheric audio when viewers engage with your work?

Oh yeah, man. On top of the many playlists I have that facilitate a mood, there’s always sound that’s playing in my head when I create my art. Production is actually one of the skills I plan on spending time growing, as well as animation because I want the people to be able to see and hear EVERYTHING that I am, not just a keyframe, but the whole scene unfold.

If we’re about to get into music and animation then I need to know the works you’re obsessed with right now.

What is always playing and what are you always watching?

I switch between genres very heavily. Right now I’m getting into UK drill a bit, but for the most part, it’s a lot of hip hop. There’s a certain sound temperature in gravitating towards rn. but I can just between Rock, Metal, Hip Hop, RnB, Electronic, you name it. I could actually tell you every song I was listening to when I made a lot of my 1/1s.

And I’ve been watching a lot of anime recently, with a bit of youtube here and there. Just finished JJK and I’m thinking of finishing Darker than Black finally. Most of my inspo comes from thrillers and mysteries, as well as high fantasy.

Well shit take me through your song choices for the last 3 1/1s.

Thought Bridge: I was listening to No Sense x Baby Keem on repeat, and there are a few other works I have yet to make inspired by that and JJK Jujitsu Kaisen.

Odin’s Return and Thunder’s Cull were initially inspired when I was listening to “Blue-Eyes White Dragon Flow” by Tre Capital, but I switch directions into a sort of freestyle lol so not sure what to claim there.

The Rise of the Enemy was inspired by classical works like Swan Lake (I forgot the act) Danse Macabre, and the Devil’s Trill Sonata.

I gotta know more about the classical kick. I remember you played it for me while you were working on the piece. There was definitely a grandiosity and sense of scale not just in song but in the piece.

Yeah, it was almost like a switch flipped when I heard Swan Lake, I just felt like Chrollo conducting his assassins through the city from his cushy hi-rise penthouse. Whenever I hear classical, it’s like every instrument or melody is a player in and of itself, and there’s one person above them all pulling the strings, and I felt the need to capture that feeling. I definitely want to tap into that energy more as I evolve my skills and build upon my stories

To pour on the metaphor more I noticed the title was in French. Any sort of relation to classical music?

Not necessarily, I wanted to keep the naming scheme of the titles of the songs I was listening to, as well as the language those musicians used to describe tempo

Tell me more about that

Well I was looking into the different acts of Swan Lake, and at the end of each one Tchai ended it with the famous finale tune you’re familiar with, but each one has a different tempo and structure. I resonated with the one that was slower, more deliberate, and ended in a crescendo of grand villainy. Hence why it’s titled “The Rise of the Enemy (moderato)” for moderate tempo

I’m going to have to replay it again just to feel that impact. If you were to build a show with your body of work, walk me through the experience you would guide your viewers through

Honestly, I would have to have created a lot of the works in my backlog first :joy: but It would be a dark showing with minimal lighting, first showcasing works that were easier to grasp and based more on realism, and as you go further into the exhibition you’d get to some of the more abstract creations. Also, It would probably be a guided music tour as well, the way people used to do with the handheld music player? That way you could hear the inspiration for each piece without disturbing the other. And I’d probably have some unsettling ambient music playing throughout the venue for those who aren’t listening in. But the goal of the show would be to make you comfortable and then show you something that will make you start asking questions about the things you’ve seen prior and how they’re all connected. At the very end, I’d probably have a short film or something animated of mine playing in a small theater for people to sit down and enjoy. (this is just off the dome)

So the subtle surprise to unravel the work sounds super interesting. Are you drawing any of that inspiration from works of mystery or is this some form of a mind fuck?

You mean the structure of the hypothetical exhibit? or my works in general

The structure of the exhibit.

No, it’s just the first thought that comes to mind when I think “experience” I’d want the people to experience my art the same way I do, which is by slowly uncovering more and more the deeper I go.